In order to celebrate the victory of 1999 Kargil War, July 26 is observed as Kargil Vijay Diwas. The day brings to the fore the simmering memories of the time that left India, Indians and most importantly the Indian army will irreparable loss of lives and at the same time a win over the enemies that have gone down in history books forever.  Today we together mark 17 years after the Kargil War, much to thank for a even more to question the nations progress and security. 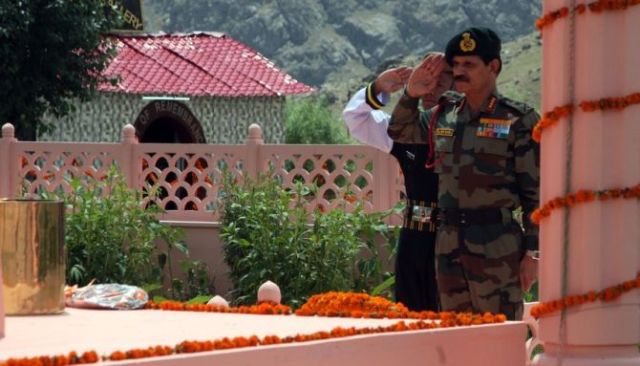 The Indian Army fired 2.5 lakh artillery shells and bombs to utterly defeat the enemies in spine chilling terrains. Multi-barrel rocket launchers (MBRLs) and mortars were used to fire bombs and shells. It is said that even during World War 2, such sustained artillery firing was not to be found. Col. Goswami – Defence Spokesperson: Northern Command Head Quarters says, “No soldiers better than these exist anywhere in the world. Last but not the least artillery was, in fact, the prime killer since 80 per cent of the casualties suffered by the enemy were on account of artillery fire.” He recalls the moments here as covered by DNA India.

Shivappa Jagapur fought the 1999 Kargil War as a BSF (Border Security Force), he was then selected as a member of SPG (Special Protection Group) – a central armed force who is responsible to guard the Prime Minister, former Prime Ministers and their immediate gamily members.  He has also received a medal in SPG (Special Duty) Police Medal in May 2016 a mark of recognition of completing 10 years with SPG. He dedicated his medal to his colleagues and soldiers who dedicated their lives in the 1999 Kargil War, reported TOI. Know more about his story covered on TOI.

India on this day pays homage  to the martyrs along with the Prime Minister and the Indian Army Chief. #kargilvijaydiwas is seen to trend on Twitter at the top position. This goes on to show how close the day is to the hearts of Indians all over. It is a day when our soldiers once again take the pledge to give their lives to ensure its fellow citizens within the national borders are safe and secured.

If you liked the article, do share it along with your views and thoughts on this very important day for all Indians.